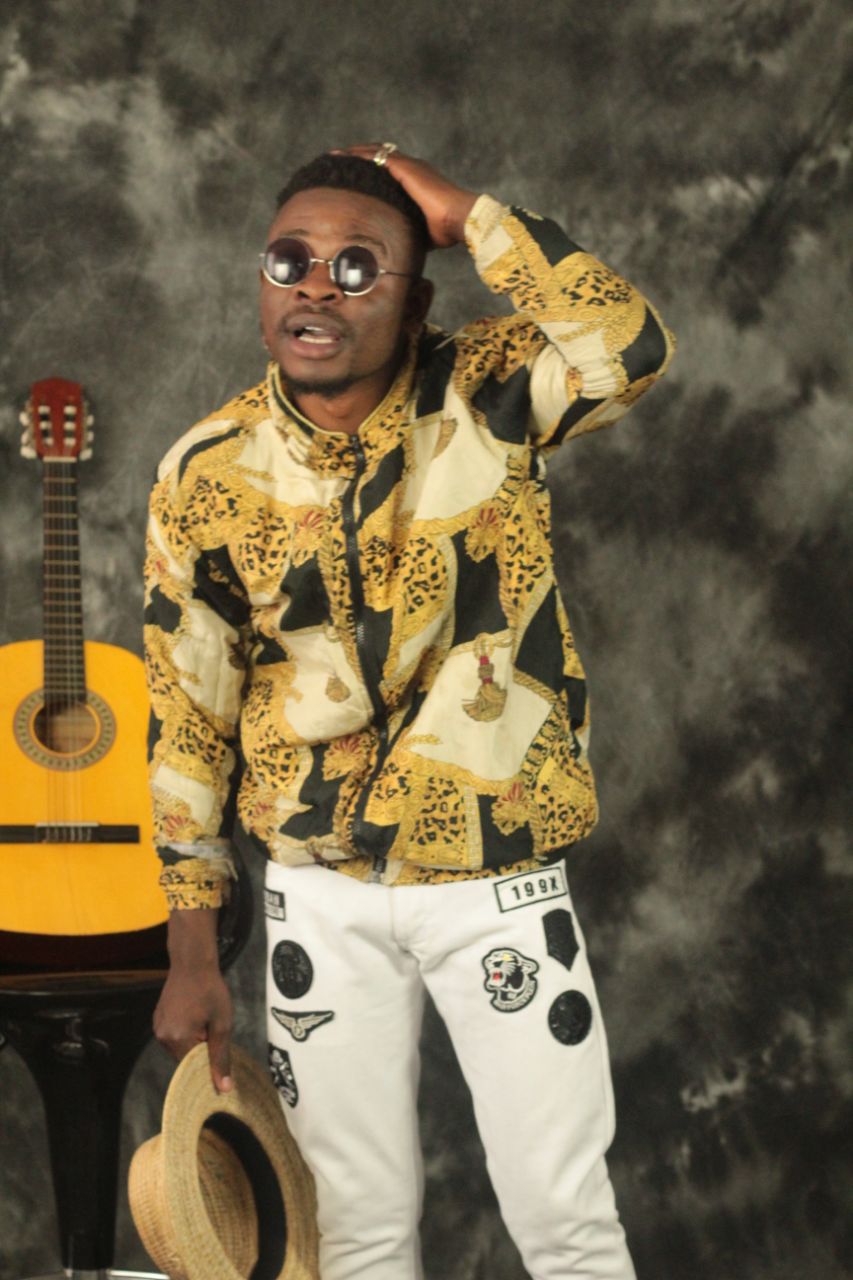 Born Rutendo Zenda, Afrow Zenda is an artist, musician, producer and performer born and based in Zimbabwe.

How did you get your name and what does it mean?

My name is inspired by the word Africa and I chose to call my self Afrow because of the love I have for the African continent and its culture. I like to think of myself as the ideal African man who portrays the original African image from the way I dress up to the way I look. Everything I do has to have an Afrocentric appeal and feel. As for (Zenda), that is my surname so I just threw it in there to represent the family and ancestors..lol

It’s important to note that for me, I was always an Artist from infantry. I won prices for hand drawing, and dancing when i was still in primary school. As for music, I developed a passion for music at a very early age. I just loved listening to music, singing along and dancing to people’s music. I really enjoyed music from Tasso and the way he would dance, this led me into trying to emulate him and I would perform my friends and family. Ever since then, I diversified the content I was listening to hence I ended up just enjoying a lot of different types of music from Sungura, Chimurenga music, urban grooves, rnb, hiphop…etc

What do you hope people will take away from listening to your music?

That’s a good question by the way.

Well, I hope people can relate and draw inspiration from my music. I make music to express my emotions so I’m hoping to either make people cry and reminisce with me or Dance and party. This means every time I make a song, I’m hoping that it will help the person in a similar situation relate…if a person wants to dance and have fun, he/she can use my music. Also, on the contrary if a person is feeling low and depressed, he/she can use my music to cry and express themselves.

As an artist how important are bars for you when making a track?

Haha when it comes to bars, I’m a producer, so I know how to count bars and bits perfectly. Bars are quite important in hip-hop music but to me, not being a true hip-hop artist means that I don’t pay much attention to that when making music, I usually just let the song dictate the arrangement and length by itself. In simpler terms, I let the art decide.

What have been the highlights of your career so far, good and bad?

Well, I launched my solo career as an artist last year so there’s currently not much to talk about. In that short space of time, I have headlined an article in the press(Hmetro). I have received considerable airplay. I have been called for some radio interviews at ZIFM. I have worked with urban legend Maskiri. I’m working on opening my own music production label Sokowe, to also help other artists.

Besides these achievements as a solo artist,as a producer I have produced for Souljah Love,Cindy ,Ti Gonzi ,Cal-Vin and Taurai Mandebvu. I have produced hit songs such as Inoita by Shiddoh Brown ft Souljah Love and Calvin which was in the top 5 on StarFms’s charts, and Dhebha Dhebha by Maye which also entered the top 5 charts.

As for the negatives, my most disappointing moment is when one of my songs got bad ratings, Live on Air.

Which one of your songs is your favourite? 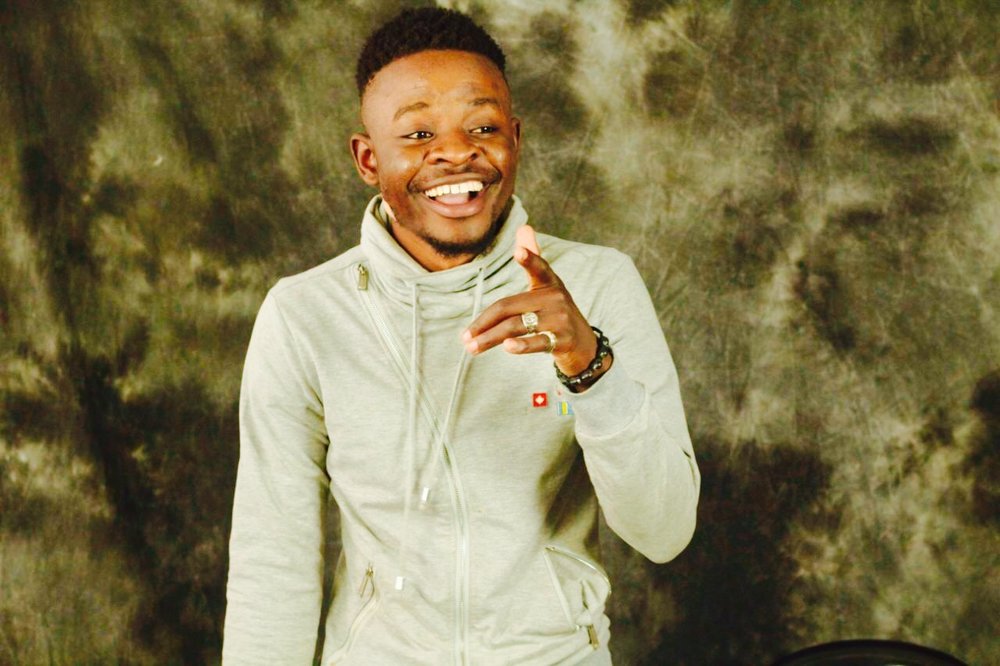 Of all the songs I’ve released, I have no favourites My favourite songs are usually the ones I’m working on and haven’t been released yet because they are like new toys that I’m playing wits, but once the song is released, I rarely listen to it unless I have to perform it. However, as far as listeners are concerned, the most favoured song that I have released is Kana Zvakusafaya.

What do you get up to when you are not making music?

I’m an entrepreneur so when I’m not doing Art, I’m working on some businesses of mine which I will reveal when the time is right.

Where in the world do you wish to perform one day?

Haha..I wish to perform at the Grammy Awards and also get myself a Grammy award too.

What is the most important lesson life has taught you?

The most important lesson, life has taught me is that, (ndakazvarwa ndega). This means that no one is responsible for my destiny except myself and God. You don’t need confirmation or approval from anyone to chase in your dreams. Because at the end of the day, it’s your dream. So, by the time you die, make sure the life you have lived, is your own.

Where has been your favourite place to perform?

My favourite place to perform so far has been Mufakose when we had street tour by the Ok Shopping centre like performing in the ghetto because the people there are just honest and open and kana usingagone unotemwa nema can lol.

Who are your top 3 artists right now and why them?

My top 3 artists now and forever are Drake,Adele,Thomas Mapfumo…Drake because he is relentless and makes music which I relate to at a spiritual level, Adele because she is the definition of pure talent which does not need sex appeal to sell and Mukanya for his originality and true Zimbabwean sound which inspires me….but ndodawo Michael Jackson futi because he inspires me to dance (I know you said 3), I just couldn’t help myself. 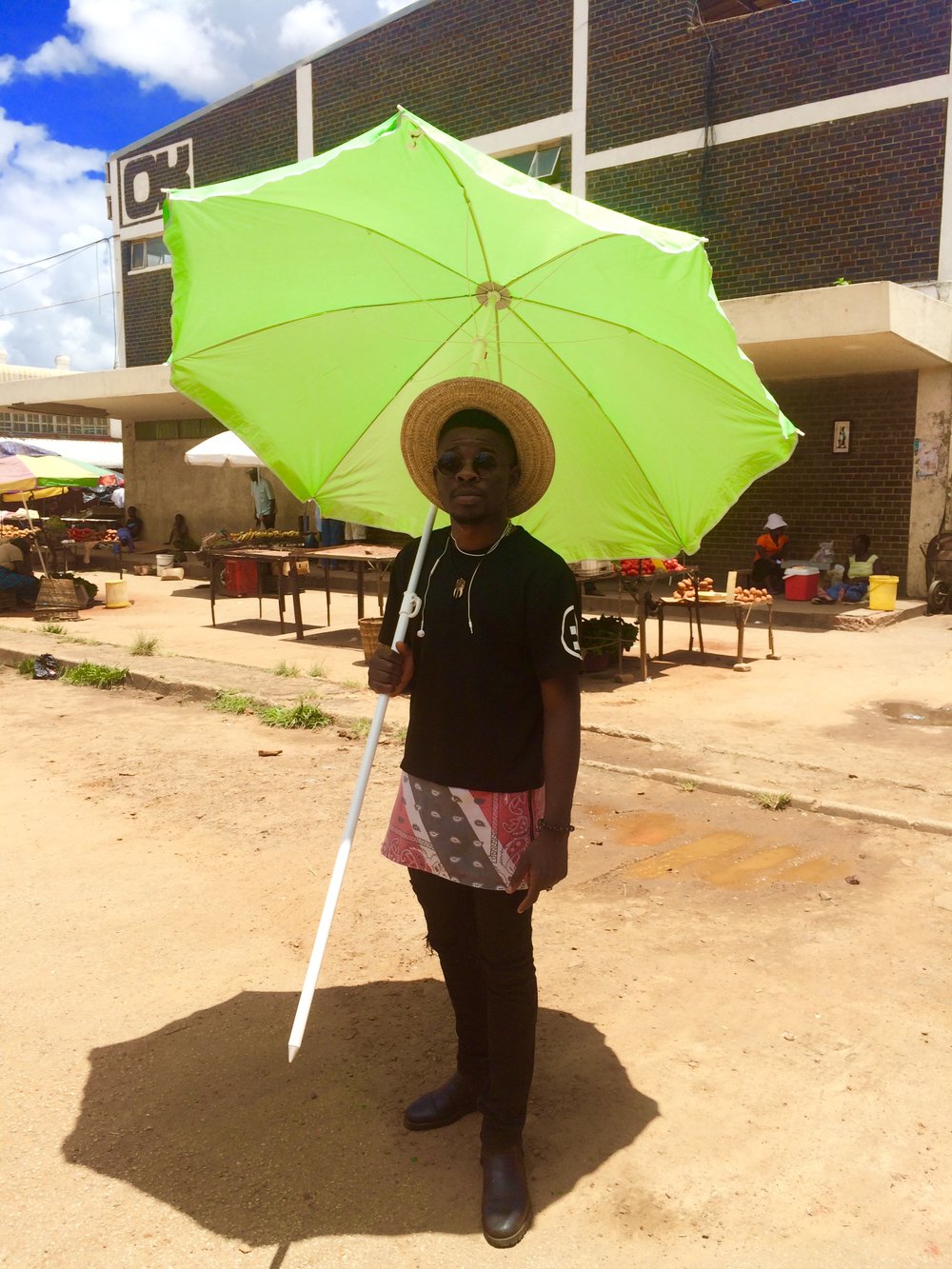 If you could give up anything for a year what would it be and why?

What is your favourite thing about being Zimbabwean?

I love the peace in this country, especially the fact that togona kufamba manheru without too much fear of being hijacked or robbed. I also love the fact that sadza is our staple food, Sadza is just irreplaceable and the fact that you can find it anywhere in Zimbabwe is a blessing.

I would like to be remembered as one of the Goats (Greatest Of All Time) Next to Michael Jackson, Nelson Mandela, Muhammed Ali, Prophet Magaya, Bob Marley. I just want to be the best at what I do.

What advice would you give to upcoming young artists?

My advice to young artists is keep working, keep improving, keep growing, eventually unosvika chete. Use what you have and start where you are.