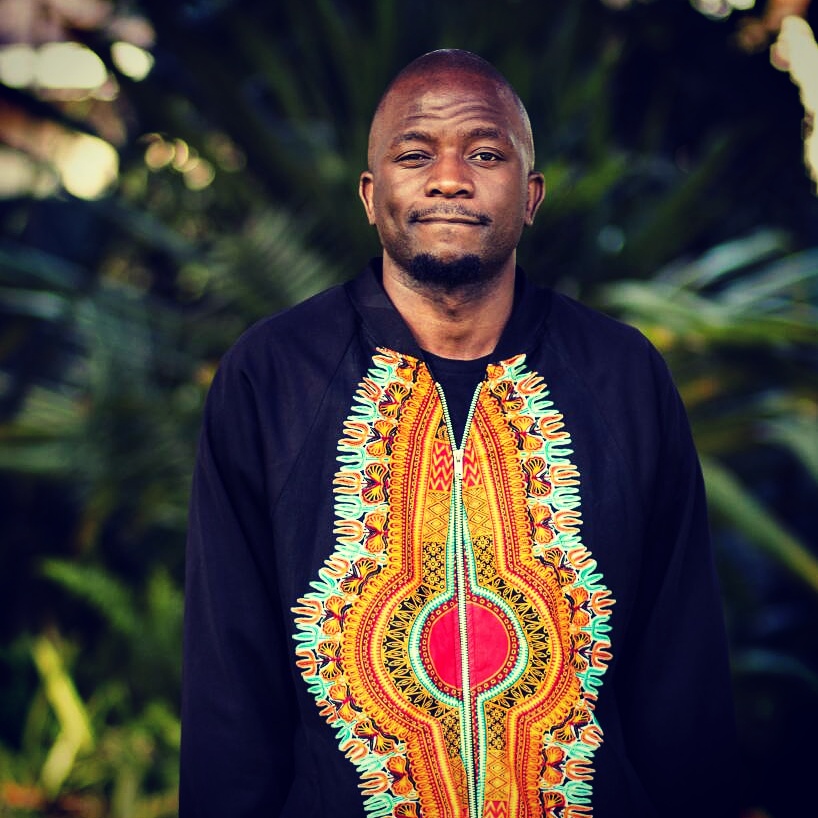 One of the most laid back guys you are going to meet, the station gave me an award hanzie, Mr Smooth Award: Calm, Cool & Calculative lol it’s kind of true though, you gotta love them. Anyway name is Paul, I’m an Adidas classic lover so chances are you will see me in my Adidas kicks. Black is my favourite colour together with red, blue, dark blue, though now I understand there are like 50 shades of blue, lol wait! wasn’t there a film called 50 Shade Of Blue? No? Ohhhh it was 50 Shades Of Grey lol my bad.

I’m a radio presenter I co-host an award winning radio show called The Fixx on ZiFM Stereo with Lady K every Friday night from 9pm. I’m a radio producer, music producer, A&R and a creative. 2018 will be my 6th working in radio officially and professionally, but before ZiFM came I did 2 years working with DJ Munya and TK when they were still with Power FM. I was producing their shows and making sure they had the hottest local hip hop and R&B music out at that time, together we broke new records. From 2012 I been producing The Ignition so technically I been in radio for the past 8 years, but only got to go on air end of 2014 lol, talk about trusting the process, being patient and waiting for the right time. What do they say about that principle; When psychologists talk about deliberate practice, they mean practicing in a way that pushes your skill set as much as possible.

I’m a March baby so that makes me a Pisces in case you believe in that. I don’t really follow, but I like what it says bout the Pisces person hanzie; Pisces is endlessly artistic and creative, Pisces have a way of bringing out the best in others. I’m a basketball, soccer and tennis fan and I played all three sports.

How did you get the name Pd TheGhost?

Pd, those two letters stand for my first name and last name, TheGhost on the other hand describes how I was or how I am for some in the game. You can see the work or hear the works, but you don’t get to see the one who made things happen. Those that know me can tell you that I can just vanish without warning my exit can just be sudden. TheGhost simply came from me working behind the scenes making sure the the talent looks good. In music circles you will hear some people call me Hollywud P actually my first single was tagged Hollywud P ft GZE & Simba Tagz, now I rarely use Hollywud.

Where did your passion for music and radio come from?

That came from a very young age, in our house the radio was always on, so I fell in love with music. When I was 11 years my mother bought me a radio for my bedroom to keep me out her bedroom. So, radio started speaking to me and the music came to life, and I connected with the personalities I was hearing speak and it hit me. Listening to people like Peter Jones on Saturdays, Chaka D, Rumbie Katedza, Tich Mataz on Friday nights and Saturday mornings. Then came the Munya’s of this world, Friday nights and Saturdays. Having seen Tonderai on Channel then hearing him one Saturday morning laying down in my mom’s room I was sold I knew that’s exactly what I wanted to do. The feeling I got listening to radio I knew I didn’t wanna lose it and the only way was to be like these guys. It became even worse when I got to meet these people let alone work with them.

Lol, music, simply because it has saved me, and consistently taught me a lot in life from how to listen, dress, talk, be analytical and know how to talk to the ladies. LL Cool J taught me game from way back when, with joints like Who Do You Love, Loungin, I Need Love, Doin It, Hey Lover, Ain’t Nobody. I Know I was young, but later lines from them songs got me some girls in high school, lol. Rap music growing up played a fatherly role.

If not for music, what else would you be doing?

What has been the recipe for your success as a radio personality?

Patience, ability to listen, studying the game, learning from the veterans, exposing myself to international radio personalities, sticking to my passion and wanting to be the change that I wanted to see and hear on radio. The other thing is surrounding myself with like-minded individuals who have qualities that I do not possess, so I can learn from them and have them learn from me. Passion is the biggest ingredient for me, being true to myself, being consistent, being loyal and having an opinion.

Looking back 10 years ago to where you are now, what are you most proud of?

I’m proud of the fact that I believed in a dream that a fraction of people saw as a career and I stuck to my guns now I’m living the dream. I believed in Paul and trusted the little still voice inside of me that told me to hold on, be patient keep walking you will get there just be strong your time is coming. I’m also proud of the fact that me and Lady K we managed to create an award-winning show which is The Fixx which airs every Friday on ZiFM Stereo 2100 to midnight. We have managed to break some artists to the mainstream and given our all to the industry, but wha makes me even more proud is that we are just getting started. 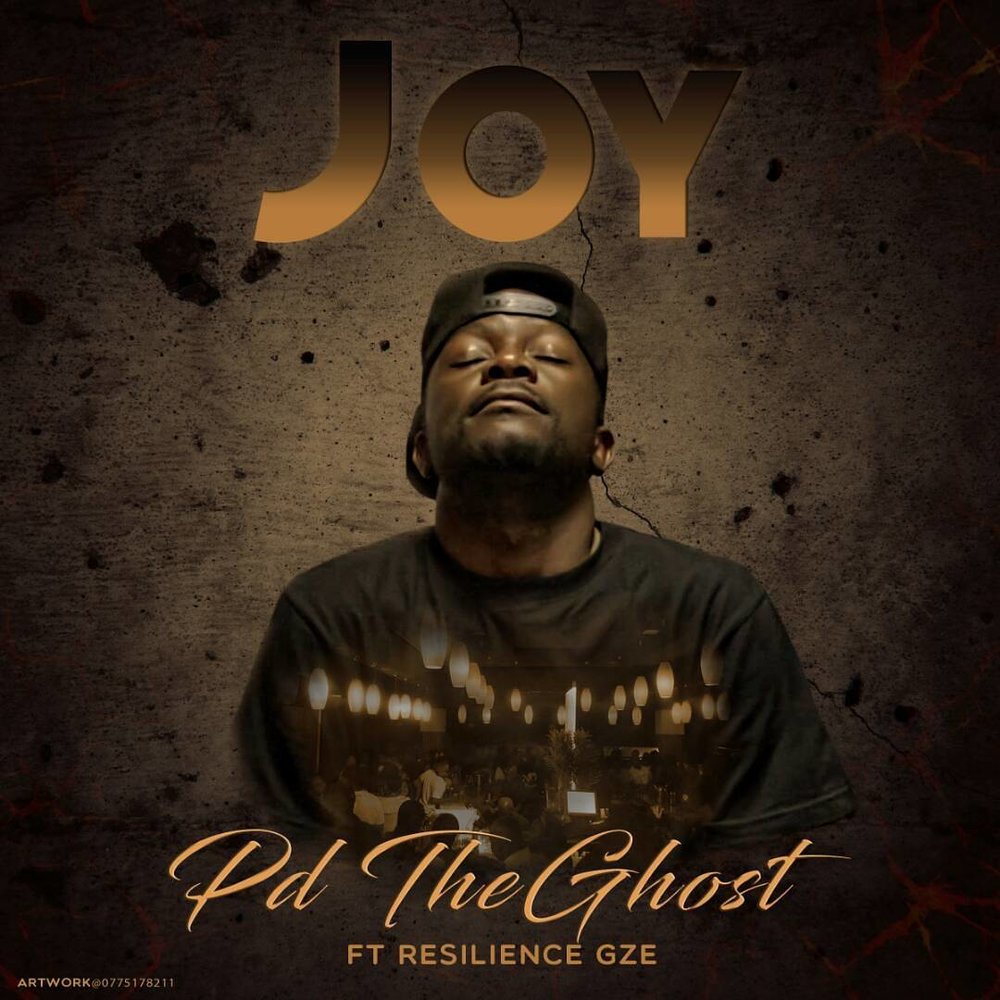 Damn, I have a couple, but aaahhh I might have to go with my current single JOY which features GZE. That single depicted exactly what was on the menu on a particular night which is what most of our nights with the squad are like, lol. The remix is also special as I roped in ‘That Luveve King’. The best artists I have worked with, no let me say the artists I have enjoyed working with because they are the best are Simba Tagz, GZE, Reverb 7 and Cal_Vin. It’s always special working with these guys. I haven’t worked with Courtney Antipas in a minute, but whenever we link up musically it’s always fun.

Of all the artists you have featured on The Fixx who had the best bars?

The Fixx Volume 1, that was a special project and still is sounding good though I’m disappointed with some of the artists on that tape. The cat with the best bars in general for me is Jay Dumza out of Bulawayo. That cat is special, he has it as a rapper, on a bars level he’s untouchable. But in this current environment, he must supplement that with finding ways to make the transition from a street rapper with street cred to a rapper that can achieved commercial success. He’s just gotta make music that will entertain the masses, connect with them but still be littered with bars, find the balance of which he will.

Given the chance which artists would you like to interview?

I can tell you who I don’t wanna interview then again even those I don’t wanna will make the best interviews because I will ask them questions that the rest won’t ask. I would want a sit down with Kiernan Forbes, we won’t even call it an interview we’ll call it a conversation. We have met twice, and one of the two encounters was better than the other lol. Would love to interview Willom Tight, TKZ, P-Square there is so much to go through with them, Roki would be great if he is willing to answer all, Da L.E.S, Bongo Maffin, my South African musical cougar crush Thandiswa Mazwai, lol Sharon Manyika for some strange reason I like this lady. French Montana will be crazy, Sean Combs, Da T.R.U.T.H., Lecrae, aaaahh Jim Jones that’s my mans ay the list is endless.

Which upcoming artists should people be on the lookout for in 2018? 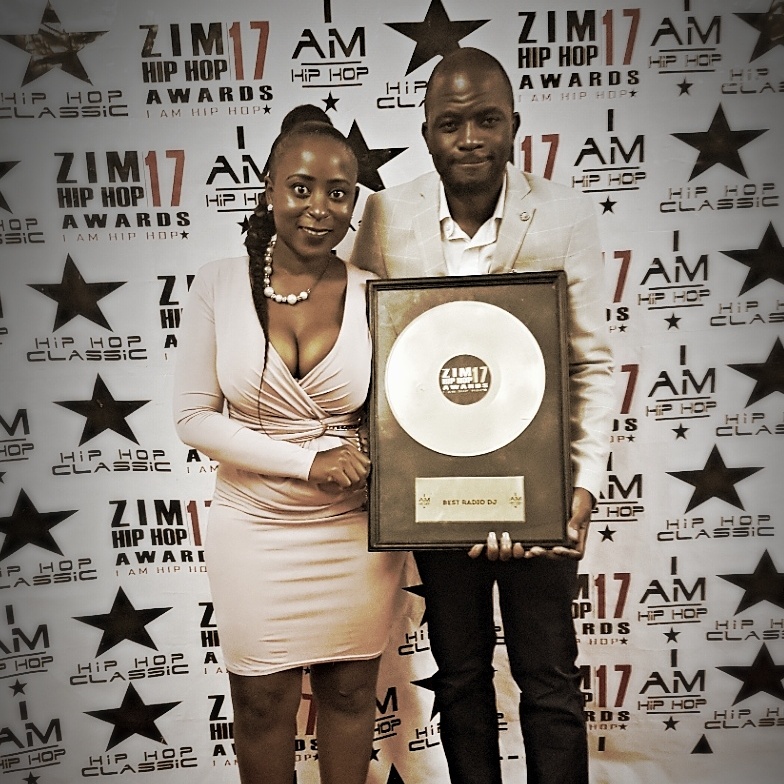 The thing is some artists need to decide whether they are serious about the music industry because it requires a lot of hard work and thick skin, don’t do music for the girls and props cos street cred never pays rent, you have to work hard and pay the cost to be the boss. Look out for 2 Yung and Donny Chords from Bulawayo, Jungle Kid from Masvingo looks to be on something, Beav City is in the conversation also. My trusted sources have pointed out a fella by the name of K. Breezy also from Bulawayo look out for him too. There is lot of Bulawayo artists to look out for hanty lol. Kevin Munetsi look out for him he’s got flavour. Shiddoh Brown, I didn’t like his first two singles, but his third PaGhetto that’s fire hope he can keep it up. There are some names that are still to prove to me that they are no fly by type artists, you as good as your last good song so let’s see what they got.

I don’t know who is the best because we have two different styles and our styles complement each other. She is upfront and will tell you from the jump, I on the other hand will make you say it wega ima hold your hand and walk you to the edge and watch you …. lol. At times we switch roles so basically like Khaled says, “We The Best” because no one can do like we do.

What is your one guilty pleasure?

Being Paul is my guilty pleasure, I take time to enjoy my personal space and just hang out with my friends like my day ones, my inner circle. Fast food is also my guilty pleasure shout outs to my Kentucky folks.

Who are your top 3 Zim artists right now?

What do upcoming artists/MCs need to look out for before pursuing their passion?

Is it passion for real or it’s something driven by a need for fame and attention? Do you have the talent, are you willing to go through the process? Problem is most artists want a microwave career whereby they want instant gratification, they wanna record today and be the man today lol that’s not how it works.

Before pursuing your passion that thing must speak to you, you can’t walk away from it that easy. Your passion will haunt you day and night, it becomes a burden which you must let out. If music is in you, eventually it will come out but are you patient to wait? You gotta know what you good at also, if rapping is your passion it doesn’t mean you that you can rap. Maybe you are supposed to write for others, produce or even manage or be an A&R. Just because you are passionate about being an artist doesn’t mean you have to be an artist you might suck at it. If your music comes out and your boys been telling you that you hot when you not, trust me the world will tell you that your music is wack.

You can hit me up via twitter, Instagram and snapchat; that @PdTheGhost across all three platforms. Facebook currently has my government name, so hola at your boy.